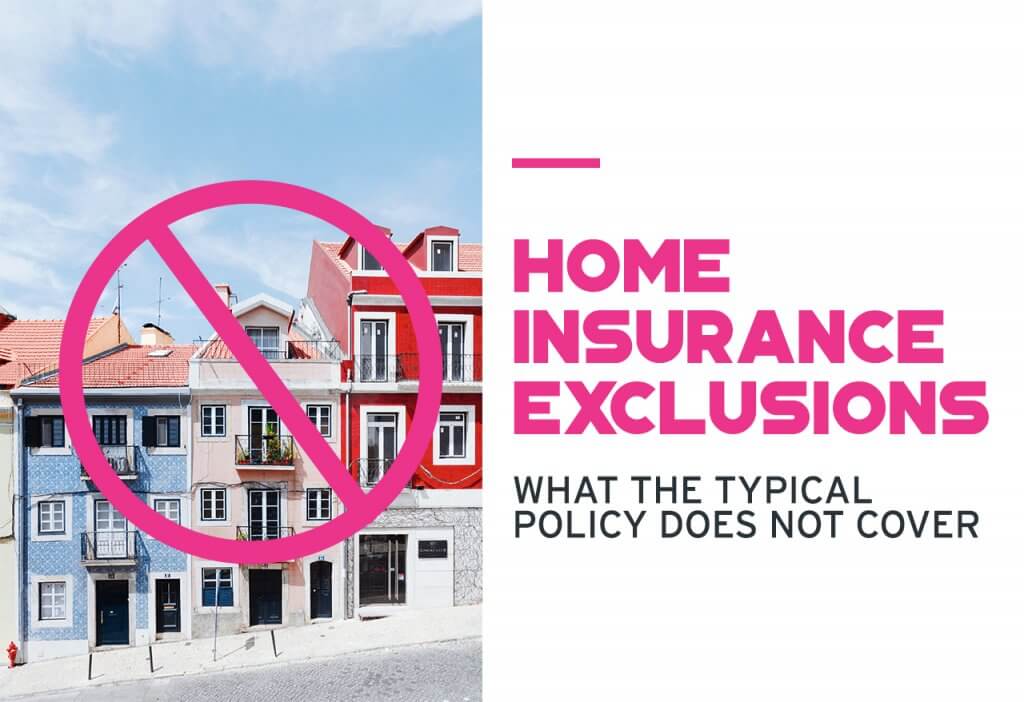 There are two basic types of homeowner’s insurance policies on the market. The first is called an HO-2, also known as a named peril policy. With this type of insurance, the insurer only covers losses if they directly relate to an event named explicitly in the plan. Alternatively, the most common home insurance is an HO-3 policy. This policy type includes all perils except for those designated as exclusions. Let’s look at the most common exclusions.

This exclusion surprises people the most. For your home to be covered in the event of a flood, you must have a separate flood insurance policy. Typically, homeowners’ policies also exclude other types of damage from water, like sewer and drain backup damage or water seeping in through the foundation and flooding your basement or crawlspace.

Maintenance is a broad category that contains several types of exclusions. The major one is wear and tear. Many parts of your home will deteriorate over time. For example, a roof wears out over time and may need replacement even if it wasn’t directly damaged. When something in your home needs to fixing or replaced because it is old and worn out, your policy won’t cover the cost.

Earthquakes are the most common exclusion in this category. As with floods, a separate policy is required for earthquake coverage. These policies are available in areas prone to earthquakes.

Shifting of the foundation due to the natural movement of the ground is also not covered. The same applies to sinkholes forming under your home.

If the United States is in at war with another country, your policy won’t pay for any damage done to your home caused by acts of war. Civil wars aren’t covered either.

If a nearby nuclear power plant has a meltdown and radiation leaks out making your home unlivable, the insurance policy will not cover this type of loss.

These are just a few of the significant exclusions on homeowner’s policies in almost every state. Always read your insurance coverage carefully, so that you understand what it does and doesn’t include. Or, speak with a licensed insurance agent from Upside Insurance Greenville about SC home insurance coverage.